Why e-Waste Recycling is Good for the Environment 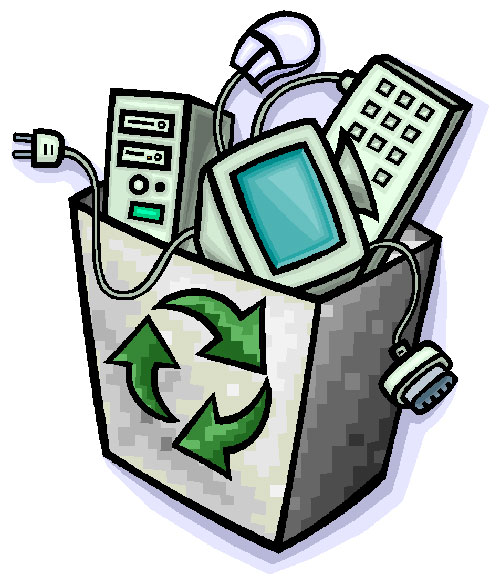 As we move into increasingly technical ages, more and more people find that they have electronic items which need to be replaced. The old things, known as ‘e-waste,’ are making their way into landfills in increasing numbers, causing significant damage to the environment.

The processes involved in dismantling and then disposing of electronic waste items tends to make its way around to the third world, where cheap labor and poor working conditions keep costs as low as possible and enable unscrupulous firms to make as much profit as possible. Both liquid substances and the gases released into the atmosphere during these processes can cause significant damage, as they are absorbed into water sources, groundwater, the soil, and the air to affect human life, animal life and the success of crops needed for sustenance – and the availability of safe drinking water. A study of the impact of poor e-waste management in China led to shocking conclusions. A particular type of airborne dioxin associated with health problems was found in levels of 100 times more than previously, the carcinogens found in paddy fields and duck ponds was significantly higher than the given international standard for an agricultural area, and more than 300 times the level of heavy metals in the road dust was also reported.

From televisions, computer monitors, ATMs, video cameras and numerous other devices, their cathode ray tubes are broken so that the yoke can be removed. Breaking these tubes releases lead and barium into the groundwater and a toxic substance known as phosphor into the air. Circuit boards from all manner of electrical items have their solder removed to take off the computing chips, with the boards then bathed in acid to remove any traces of fine metal elements. The discharge from this into rivers and the air is staggeringly unhealthy. These are just two examples of what can happen when e-waste is not recycled correctly. If you are seeking e-waste recycling services in LA, be sure to find a professional company who will do the job right.

Helpful Performance Review Tips For Managers
Ultimate Year-End IT Manager's Checklist
Top Ways To Help Your IT Team With Burnout
IT Manager Soft Skills You Need to Succeed
Guide to Hiring and Retaining IT Workers
Top Data Protection and Privacy Challenges
What is a Certificate of Data Destruction?
Biggest Challenges for IT Managers
Time Management Tips for IT Managers
Declutter Your Home Office
The Best Firewalls for Remote Workers
Networking Apps for Remote Workers
Securing Your Work From Home Networks
Secure Hard Drive Disposal
Small Business Personal Asset Protection
Electronic Waste Disposal for Businesses
e Waste Definition Explained
Where to Recycle a TV
Five Ways To Dispose Of Your Microwave
Recycling Old Chargers and Cables
Some Safe Computer Disposal Procedures
What To Do With An Old Laptop
Step By Step: Laptop Recycling Procedure
Electronics Disposal, What You Can, And Can't Recycle
Where To Recycle Electronics
Cell Phone Recycling Procedures
eWaste Recycling Near Fullerton CA
Are Landlords Responsible for Tenants' Electronic Recycling?
What Do E-Waste Centers Do?
How Electronics Are Recycled in the US
When Should You Look for an E Waste Recycling Consultant?
Why Would You Need An Electronic Recycling Company?
Why Do Magnets Wipe Hard Drives?
Computer Parts Recycling
Proper Disposal of Old Servers
Deperming and Degaussing
How Recycling Electronics Can Be Improved?
The Growing Problem: E-Waste
Safe IT Asset Disposal
Recycling Electronic Components
Sell Your Used IT Equipment
The Correct Way to Dispose Your Laptop
Properly Disposing a Printer
Recycling Your Microwave Properly
Why is Recycling Important?
Understanding the Importance of NAID
How to Recycle a Printer
ITAD Service Provider
IT Asset Management
What Does ITAD Stand For?
How Can Smartphone Recycling Work
Tips on Disposing Your Computer Correctly
What is the Main Goal of Secure Data Destruction?
The Benefits of Recycling E-Waste
Recycling E-Waste
Degauss a Hard Drive
What Is the Chain of Custody and Why Is It Important to You
HDD & SSD, Which Is For You?
DoD Data Destruction - What You Need to Know
What You Need To Know About Hard Drive Degaussers
Onsite Data Destruction vs Dropping Items Off
Top 3 Benefits of Techwaste Recycling
Computer Security Day
How Much is the Electronic Recycling Fee
Upgrading Electronics for Black Friday, Recycle Old Electronics
America Recycles Day
Why You Should Recycle E-Waste
What Can We Do to Help Recycle
What is a CRT TV?
What is the Open Security Foundation?
Federal Recycling Laws
What is Degaussing and How Does it Work
Tape Drive vs Hard Drive - Which Should You Use?
Are you Following the Best Practices for Hardware Asset Management
Recent Landfill Data Containing E-Waste
How Do Solid State Drives Work?
Destroy VHS Tapes
How is Electronic Waste Recycled
Data on Recycling
Do you Know the Patron Saint of Electronics?
What Services are Typically Offered by E-Waste Recycling Companies?
Things You Should Include in your Data Breach Plan
What Can We Do About Electronic Waste
List Of Important Stats Regarding E-Waste
What Can We Do About E-waste
What Happens to Electronic Waste
What is ITAD?
How Does Smartphone Recycling Work
What Does the EPA Say About Electronic Waste Disposal
What is a Degausser and Why Should You Consider Using One
Recycling Misconceptions: Electronics Shredder
Data Destruction Procedures
Electronics Recycling in LA County
What is IT Asset Disposition?
Recycling Electronic Devices: How to Go About it, Where to Go?
The Worst Advice We've Ever Heard About Data Security
Facts and Figures and What They Can Do About it
How to Properly Throw Away Electronics
What to Know About Hard Disk Shredders
Why and How the Shredding of Hard Drives is Necessary
← PREV BLOG
NEXT BLOG →

Hiring and Retaining IT Workers

Biggest Challenges for IT Managers