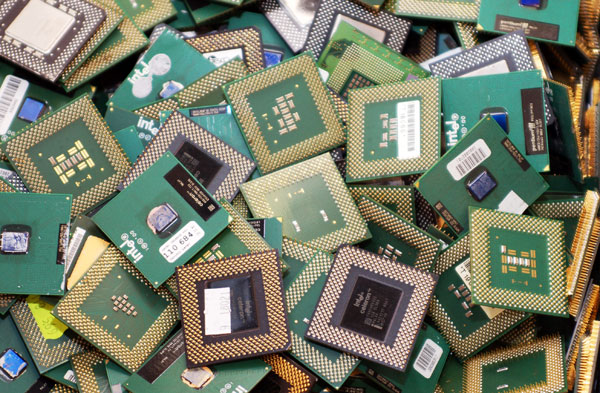 Although everyone hears about the fast-growing world of technology and how important it is to get the latest phone or laptop, not as many people are hearing about the growing environmental effects that are occurring because of Electronic waste, or simply, e-waste.

People do not often think twice about simply throwing out their old phones, chargers, or monitors. This is due to the misconceptions about e-waste recycling. We throw everything else out so why not e-waste? Over 65,000 tons, that’s roughly 14 million mobile phones that end up in landfills each year! Unfortunately, all the e-waste that is thrown out ends up landfills where serious harm can occur. All those phones and other forms of e-waste release about 80,000 pounds of highly toxic lead that can drip into the soil, get into water supplies, and more.

If e-waste doesn’t end up in landfills, it is often shipped out to developing nations where employees, often working in extremely unsanitary conditions, will be exposed to these toxins. While trying to extract some precious materials from e-waste such as gold, they will be exposing themselves to harmful chemicals such as arsenic, mercury, and chromium as there are trace amounts of these elements in e-waste.

It is even worse when people throw away older devices such as old TVs, VHS machines, or CRT monitors. This is because these old devices contain over 4 pounds of toxic lead. Unfortunately, around 85% of these devices, including old computers, are thrown away and end up in landfills. So much is being thrown away that e-waste makes up an astonishing 70% of all toxic waste! That means that there is a lot that we can do to make that number lower.

The answer to this e-waste problem is to recycle. Sell or donate old phones or drop off old computers or other technology at drop off locations such as your neighborhood Staples, which offers a recycling program. Check with the closest e-waste drop-off in Los Angeles or cities near you so you can do your part in helping this e-waste issue. When you recycle, you are doing your part in saving the environment!