Ways to Properly Dispose of E-waste 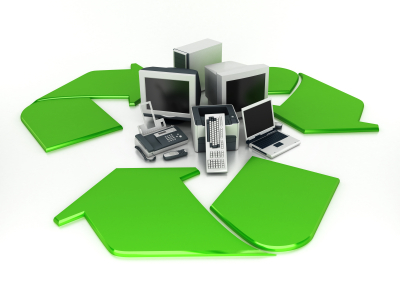 Not too many years ago, computers were a luxury item which few people owned, and even fewer would think of throwing away. They were practically pieces of furniture, costing so much money that nobody would think of trying to throw them out. Nowadays, computers and other electrical items are much more disposable, with contracts offering upgrades annually and technology developing so quickly that people are always looking for their next gadget. Moreover, computer technology is built around several rare metal components and complex hazardous chemicals which can be challenging to dispose of properly. Sending them into landfill contaminated areas across the world, as the toxins seep into the water supply and ground level, preventing crops thriving and harming all forms of life. According to research by the United States Environmental Protection Agency, an estimated 1.84 million tons of electricals including televisions, computers and mobile phones were sent as waste in 2007. The same research says that just 400,000 tons of electronics were recycled.

There are several routes through which it is possible to limit the amount of electronic waste entering landfill and being scrapped. First and foremost, making the right decisions when looking for new computers, televisions and mobile phones is essential. Some companies, like Apple and Acer, have made statements that they have reduced the levels of toxic components in their products. Information is widely available online to show how environmentally friendly individual items are. Also, trying to choose a product which will last for several years rather than needing regular replacement will also reduce the impact on the environment as well as saving money.

At the end of a product’s life, choosing what to do with it can be difficult. Many non-profit organizations will gladly accept old computers or other items to use within their projects. Other recycling schemes take apart old devices to reuse individual components. If you live in Los Angeles County and need to dispose of electronic waste, then request for free e-waste pickup at West Coast Computer Recycler.