Protect our Planet and People by Recycling Batteries 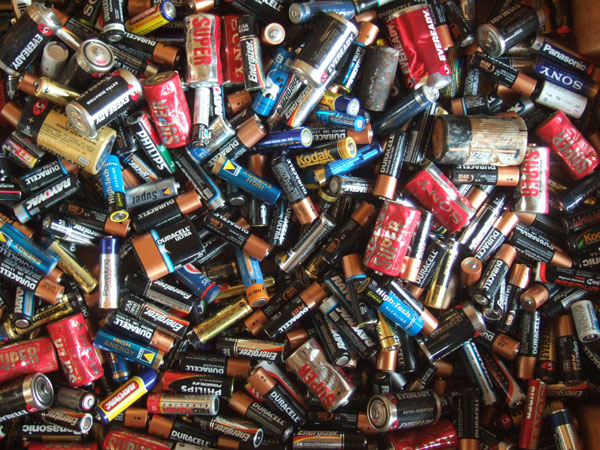 There have been many advantages to our growing technological world. One downside, however, is that there has been a demand for batteries. Batteries power many of our necessities – our cell phones, laptops, small electronics, and everyday household objects. In fact, according to the U.S. Environmental Protection Agency, Americans purchase more than 3 billion batteries. Unfortunately, many Americans are merely throwing away used batteries that can eventually harm the environment because they are not aware of where to recycle batteries. Instead, batteries should be turned over to a recycling center where they can be adequately disposed without harming our planet.

So why are batteries so dangerous? Batteries include metals such as mercury, lead, cadmium, and nickel. While these metals are necessary to produce power, it is also these same metals that can be harmful. While batteries are in use, they are not a threat to us; it is when they are improperly disposed of that we should become worried. There are serious health concerns and environmental consequences because of the very metals that help them work. Batteries that end up in landfills can leak their heavy metals into the soil, groundwater, lakes, and streams which can get into water supplies. Not only is this dangerous to the people who drink from the supply, but the chemicals can kill both plants and animals, putting the ecosystems of streams, rivers, and lakes in serious jeopardy. Like all other garbage, batteries undergo a photochemical reaction as they are incinerated. This reaction causes gas emissions. Such harmful chemicals can produce Ozone via the photochemical reaction, which can contribute to the greenhouse effect here on earth.

Batteries that are disposed of improperly can be so harmful that as of yet, 30 states have created laws prohibiting people from throwing away their batteries. Instead of throwing them away, citizens should give used batteries to designated recycling centers. You can go to Call2Recycle, which is an Internet directory, searchable by zip code, where you can find recycling locations for dry-cell batteries and cell phones.