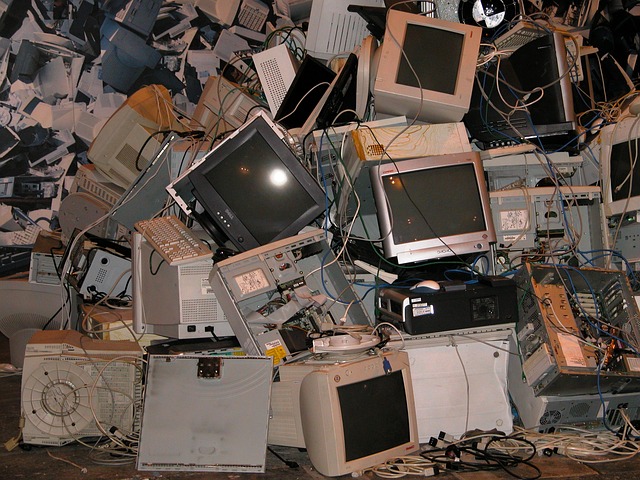 Did you know that electronic waste (e-waste) is the fastest growing type of waste in the nation? With the amount of technology increasing, consumers are trading in their old products for new ones at an exponential rate. While this is not necessarily a bad thing, the problem is that many people are not recycling their e-waste and instead, it ends up in landfills. In fact, in 2012, there were 9 tons of e-waste reported, but only 13.6% of it was recycled, which meant the rest ended up in landfills. On average, only 12.5% of all e-waste is recycled yearly. While e-waste is a problem worldwide, the U.S. is still the biggest producer of e-waste in the world. Below are some more interesting facts about e-waste.

One of the biggest problems of e-waste being dumped in landfills is the hazardous materials that are in e-waste. There is so much of it in landfills that currently, 70% of all toxic waste is made up from e-waste. Some of the most hazardous electronic items that are commonly found include LCD television, LCD desktop monitors, plasma television, as well as computers and television made with Cathode Ray Tubes. It is important to recycle because of toxic materials such as mercury, lead, and arsenic among others. All of these hazardous materials eventually leak out where it ends up in the soil, and sometimes it can even contaminate water supplies. It is also important to recycle because electronics are made with trace amounts of precious metals such as gold. When we recycle, these metals can be harvested and used again, which lessens the strain on mining for these natural resources.

It is even essential for businesses to recycle their old electronics. Businesses go through more electronics than the average household, especially larger companies and corporations. Instead of throwing away old or outdated electronics, find a certified e-waste provider who will be able to recycle electronics in an environmentally friendly way. Also, a company such as West Coast Computer Recycler that is also R2/RIOsTM certified can also offer you data destruction services to erase any sensitive information you may have the electronics and computers you are getting rid of. Get a quote for the cost of recycling your old electronics here.